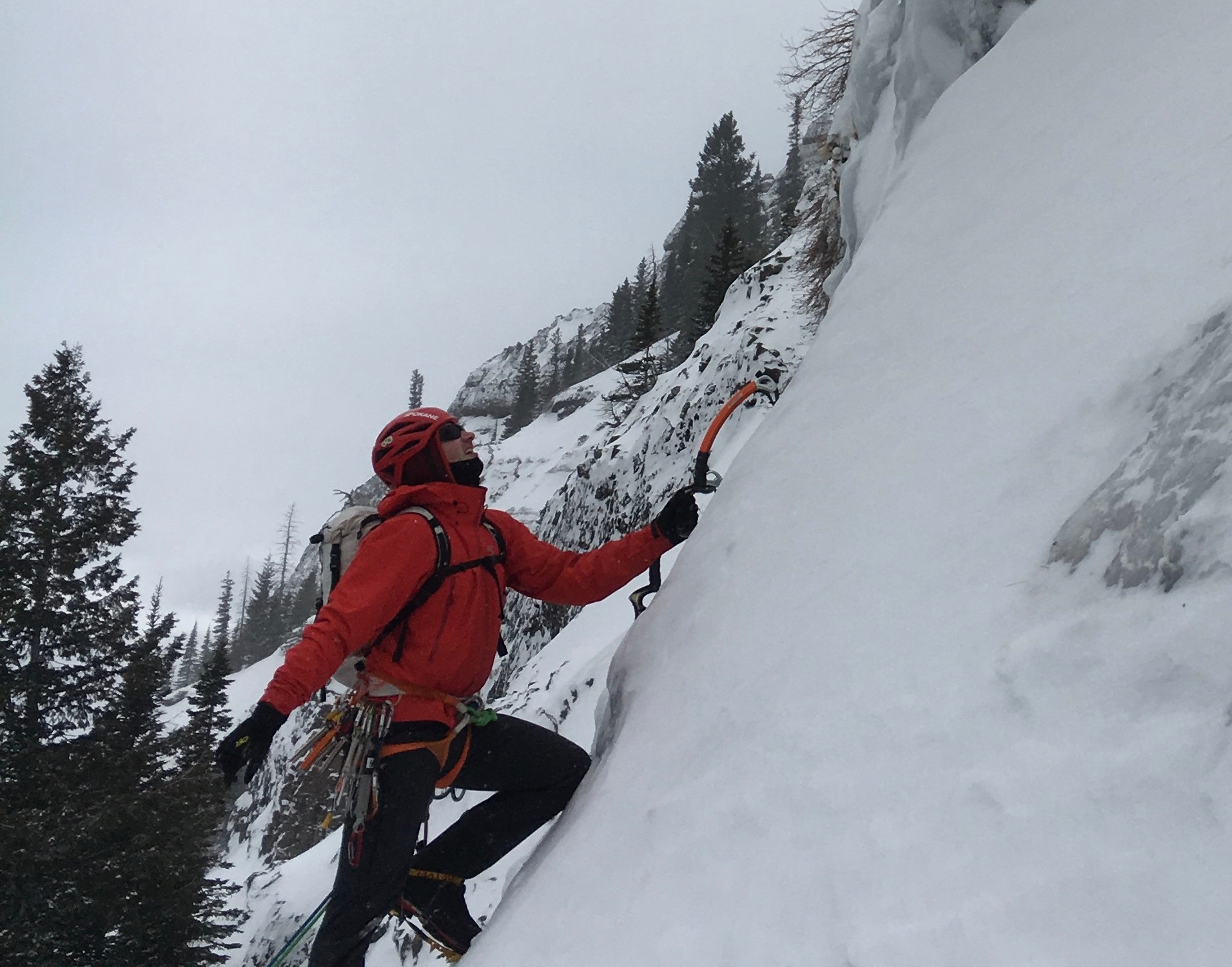 Ben, Damien and I teamed up for a super-fun day in Hyalite on February 17th, 2018.  The Dribbles is the longest continuous piece of ice in Hyalite at 500 feet tall and is perhaps the most classic moderate route in the Canyon.  The approach took us one hour from the car to the base of the route with decent trail conditions.  In Hyalite, this is considered a long approach.

I took the lead for the first pitch, climbing two steep steps of ice separated by rolling terrain.  Fun climbing with good screws led to a third step where I built a belay off two bomber ice screws.  The ice looked like Swiss cheese at this stance – clear evidence that many people have built ice screw anchors here.  Ben and Damien quickly followed.  Ben took over the lead at this point, leading another WI3 pitch before tackling the crux WI4 pitch like a champ.

We had some significant avalanche concerns on the hike in – there had been a lot of new snow over the last few days.  We were happy to discover that The Dribbles appears to have no significant avalanche hazard from above.  However, the approach slope does deserve attention if avalanche danger is significant.  Due to our snow stability analysis, we opted to descend the route rather than using the usual descent down Avalanche Gulch.  We made three rappels on “naked” V-thread anchors, essentially threading the rope through holes drilled in the ice. Leave no trace!

We spent the day laughing, climbing, and generally having a great time.  It’s not really about what you climb – it’s about who you climb with.  I made three Hyalite trips this year, climbing with Damien, Zach, Ben, Zak, Manoah, and others.  I also did some ice climbs that are near home, but it was a pretty poor year for ice around Spokane.  Here is a quick run down of my other Hyalite ice climbs for the 2017/2018 season:

One thought on “The Dribbles (WI4)”