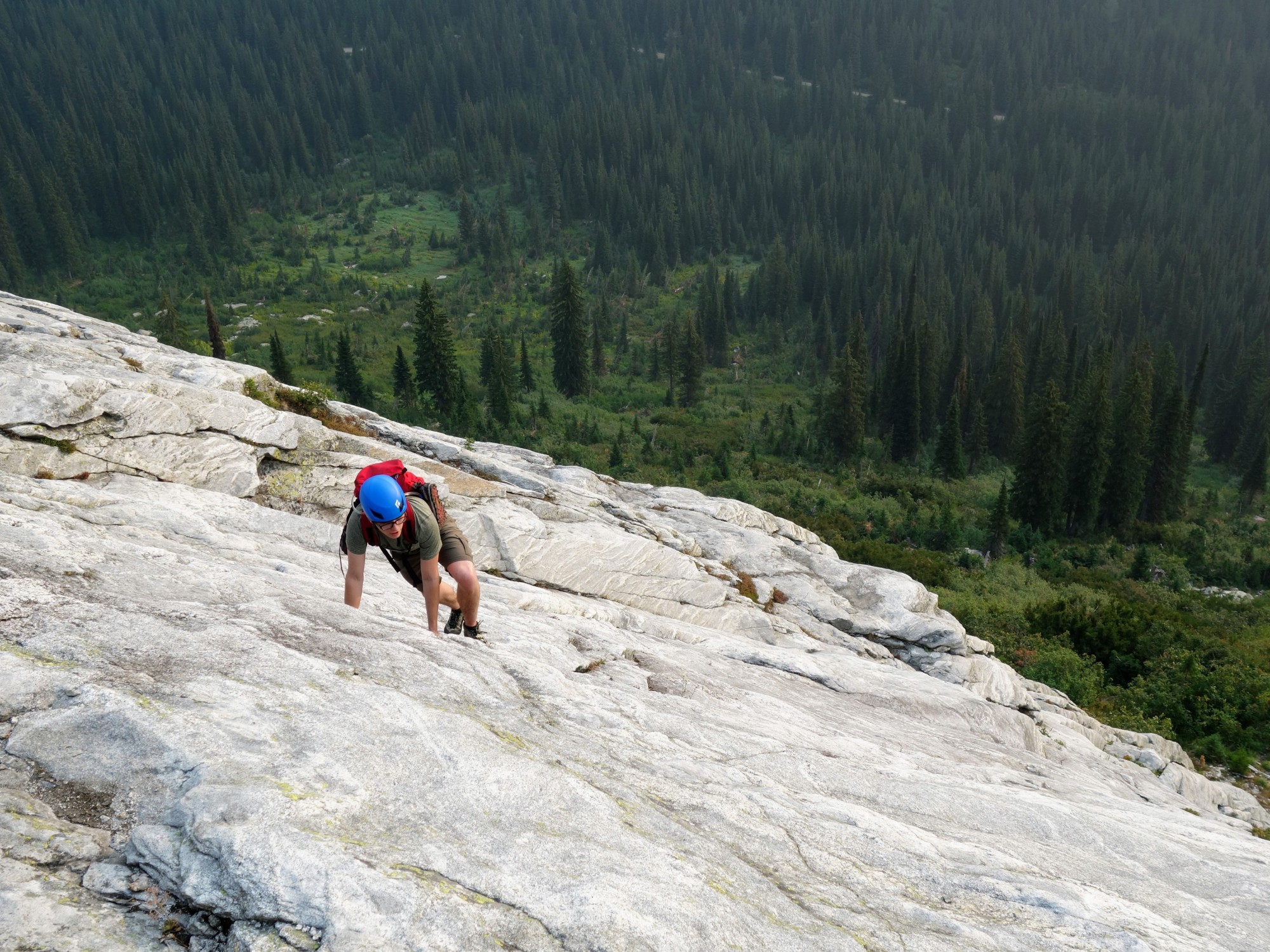 Eric Roe, Nick Young and I completed the Selkirk Crest High Traverse on August 18th, 2018.  This somewhat obscure objective traverses an alpine ridge for six miles, covering a large amount of 3rd-4th class terrain and several mid-fifth class pitches. We tagged the summit of Harrison Peak to cap off the day. Wildfire smoke affected the views but seemed to have minimal impact on our lungs.

Soon after leaving the car, we found ourselves fully engaged in some classic North Idaho bushwhacking. This section went quickly and soon we were tackling some 4th class slabs up the center of Beehive Dome.  This was fun and easy in approach shoes. We topped out and began a long easy section, stopping at Beehive Lake to refill water bottles.  This is the last good place to fill up until the traverse is completed.

Looking forward to an adventurous day, we took very little information about the climb.  In fact, the only beta we used was a very vague map from a local newspaper article.  After a little bit of confusion, we decided to bypass North Twin and head straight to the Fin (Peak 7167′).  The scramble to regain the ridge crest involved some fun 4th class that was covered in “black lettuce,” an especially friable, slippery lichen that grows in the area.  Finally, it was time to do some real climbing!

The South Ridge of the Fin was a fun, super-exposed climb.  Eric took the first pitch, Nick took pitch two, and I was lucky enough to bring us to the summit with one last pitch.  The climbing was never harder than 5.4, but most route descriptions call it 5.6.  I’m sure there are some variations possible, but we stuck to the actual ridge crest rather than traversing its side.

Once we topped out on the Fin, we stowed the rope and rack and began scrambling again.  More easy but fun ridge climbing finally brought us to the end of the High Traverse proper, very close to Harrison Peak.  We tacked on a climb of Harrison Peak by the third class East Ridge before descending to Harrison Lake for a quick swim and the short hike to the car.