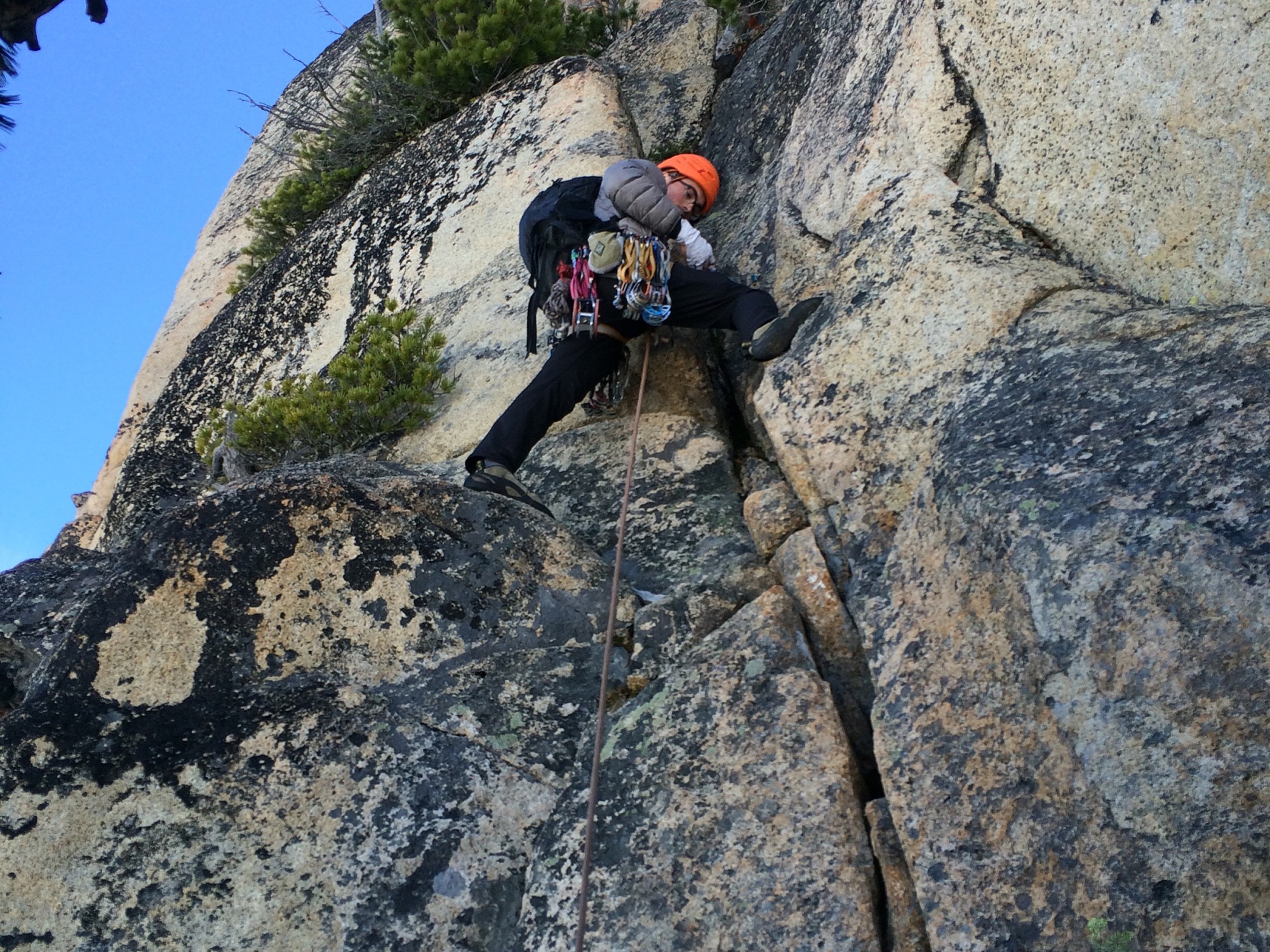 South Early Winters Spire climbed via the Southwest Rib (III 5.8) on June 3rd 2016.  Descent via some simulcimbing and rappels on the South Arete.

A shot of me leading the long direct start pitch, 5.8. Photo: John Guy 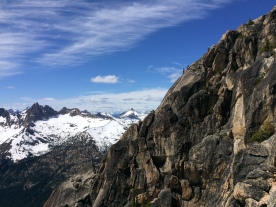 Parties coming up the lame “aretes” pitches on the Rib. Photo: Nick Sweeney 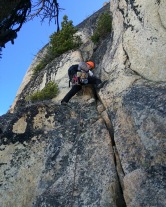 This route can be summed up with one word: CLASSIC! So much fun.  The climbing is never desperate and generally well-protected.  The icing on the cake is an awesome summit, guarded by a short boulder problem.  The only downsides are the crowds that this route inevitably draws, and the descent kind of sucks (lots of downclimbing).  Some argue that the arete pitches are lame, and I have to agree, but they add to the alpine feel.

The route is just plain fun: the climbing is 5.8 at the hardest with everything above 5.7 very well protected.  The Nervous Nelly pitch is a bit heady, but it is no harder than 5.6 and takes a BOMBER .75 cam a few body lengths before the crux section.  I thought that the “bear hug” pitch was not that tough, much easier than most make it sound, but I would not want to do it without the #5.

Do the direct start – it adds another fun pitch that is mostly easy fifth class with a 5.8 crux hand crack.  Honestly, I have no idea why so many people mess with the traversing start when you can add another quality pitch.

Our rack: a set of wires, doubles of .5-3 and singles of .3, .4 and 5.  I would not want to do the bear hug pitch without a #5, but you could get away with it if you are comfortable soloing 5.7.  Next time I do this route, I will be bringing my offset nuts for the anchor below the “nervous nelly” pitch, but I was able to get an OK one without them.